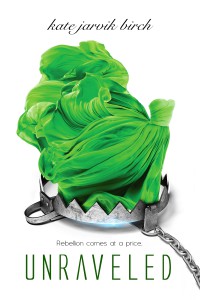 After exposing the dark secrets about NuPet’s breeding program, forcing them to repeal the law that allowed genetically modified girls to be kept as pets, she thought girls like her would finally be free. She never dreamed that it would backfire. NuPet may have convinced the public of their intentions to assimilate pets back into society, but Ella knows it’s a lie.

Now, with the help of a small group of rebels, Ella and Penn, the boy she’d give up her life for, set out to bring down NuPet for good. But when her group gets implicated in a string of bombings, no one is safe. If she can’t untangle the web of blackmail and lies that extends far beyond NuPet’s reach, she won’t just lose her chance at freedom, she’ll lose everyone she loves.

*I received a free copy from the publisher and chose to leave a voluntary review. Thank you!*

I remember picking book one up when it came out, not really knowing what to expect and really enjoyed it and thought it was pretty unique and clever for a  dystopian.

Now we are at the third and final book of the series and I’m absolutely thrilled to have been following Ella and her small group of trusted people.

This book was a the perfect conclusion to the series, it was just as nail biting and thrilling as the other two books, if not even a bit more. Everything is wrapped up nicely for the most part. There were a few minor things but that was okay and it was nothing important.

Sadly not everyone makes it to the end and I was at first not sure about it but it was kind of a good fit into the story.

I also really enjoyed Ella in this book, she came such a long way since book one and really has grown into her character. I love that she still has little flaws and sometimes is not sure of herself. It makes her so much more relatable.

The ending was great and I thought it did the entire series great justice.